What a curious little film. First, Antonio Banderas and Gary Oldman appear – playing two lawyers at the centre of 2016’s Panama Papers scandal – and proceed to give us a direct-to-camera lesson in the development of the barter system and the creation of money. Then Meryl Streep pops up, trying to navigate the treacherous world of fake insurance policies following the death of her … END_OF_DOCUMENT_TOKEN_TO_BE_REPLACED

Several critics have declared The Irishman to be Martin Scorsese’s finest film of the last decade, and whilst I agree that it is superb, I think I’d qualify the praise slightly by saying that it’s probably his most fan-pleasing film of recent years. This epic – but never baggy – story of a low-grade criminal getting caught up with the mob and possibly playing a … END_OF_DOCUMENT_TOKEN_TO_BE_REPLACED

Despite its (appropriate?) crudeness, there’s a real charm running all the way through Booksmart — a frenetic account of two American girls deciding, on the eve of their high school graduation, that they have to indulge in at least one night of partying, rule-breaking and all-round debauchery. As they try to fulfil this ambition, they meet a host of increasingly eccentric characters and stumble into … END_OF_DOCUMENT_TOKEN_TO_BE_REPLACED 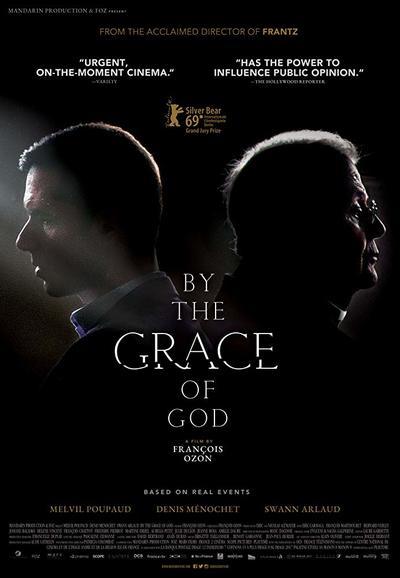 There is a great deal to admire in François Ozon’s level-headed presentation of a real, recent case which saw the Diocese Of Lyon having to address several instances of historic child abuse. But I suppose one of the main aspects of the film that struck me was the skill with which the director showed disparate, visually distinct stories come together – as the victims drew … END_OF_DOCUMENT_TOKEN_TO_BE_REPLACED

The worlds of Apocalypse Now and Lord Of The Flies bleed into each other in dizzying, brain-pummelling fashion in Monos: an elliptical, immaculately-performed tale of child soldiers looking after an American hostage in an unnamed South American country. As he moves the action from mountains to jungle – and his young protagonists shed more and more layers of their humanity – Landes contrasts aggressive shapes … END_OF_DOCUMENT_TOKEN_TO_BE_REPLACED

There is an almost palpable truth at the core of Joaquin Phoenix’s detailed, jittery, utterly mesmeric central performance in Joker — an account of the ‘birth’ of Batman’s arch-nemesis, set in a New York heavily influenced by Scorsese’s Taxi Driver and King Of Comedy. Refusing to fall into any potential genre traps, Phoenix plays the increasingly unwell and put-upon Arthur Fleck with what feels like … END_OF_DOCUMENT_TOKEN_TO_BE_REPLACED

There are many moments during For Sama – a first-person documentary account of the recent history of Syria, with a particular focus on the siege of Aleppo – when you feel you have no right to be watching the events portrayed on screen. The intimacy is almost overwhelming – the unflinching portrayal of horror, of death, of birth, love, betrayal, anguish, the bravery (or folly? … END_OF_DOCUMENT_TOKEN_TO_BE_REPLACED

It’s interesting to revisit Live Flesh now that we have enough perspective to see it as representative of the middle phase of Almodóvar‘s career: it mostly dispenses with the high camp of the likes of Women On The Verge Of A Nervous Breakdown, yet it possesses a quirkiness that sets it apart from the man’s recent, quieter fare, such as Pain & Glory and Julieta. … END_OF_DOCUMENT_TOKEN_TO_BE_REPLACED

The stars aligned when Joanna Hogg made Archipelago: her 2010 examination of a middle class family’s oh-so-politely angst-fuelled holiday on the Scilly Isles. With a deceptively simple, unforced style, she allowed her characters to reveal themselves in slow, carefully-charted steps, never over-emphasising any particular incidents or slipping into navel-gazing. Sadly, I can’t say the same is true of The Souvenir, although I gather many critics … END_OF_DOCUMENT_TOKEN_TO_BE_REPLACED

It’s a testament to Almodóvar’s skills as a storyteller – and to the trust he places in his team – that one of the most memorable sequences in Pain & Glory was written a mere day before it was filmed, in response to the director seeing how a particular actress played her character. The scene in question – wherein Antonio Banderas’ frustrated movie-maker confronts his … END_OF_DOCUMENT_TOKEN_TO_BE_REPLACED